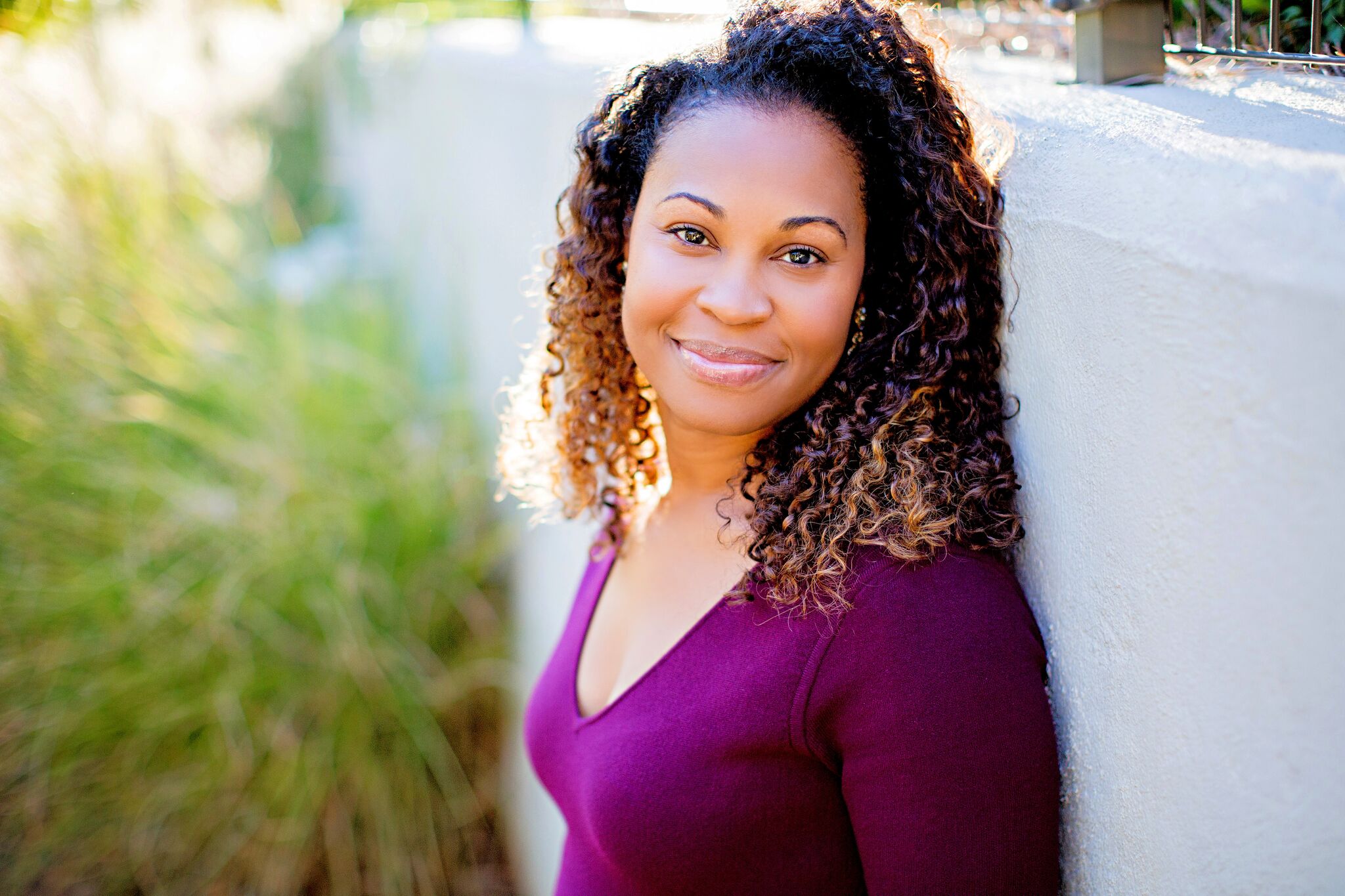 That’s really the question at the heart of the issue, isn’t it? Does my black life matter to you, my friends, my neighbors, my co-workers, fellow Christians, or even this country?

It feels like a big, angry “NO” as I find myself, yet again, forced to do internal damage control at the racially-charged images and stories that slither across my newsfeed. First, I learn that there will be no justice for Stephon Clark, another unarmed young black man fatally shot and killed last March by two Sacramento police officers. My heart broke for I am married to a black man and I am raising three beautiful black children. Then, there is a video circulating on social media showing a group of teens from Spain Park High School, one of the two high schools in Hoover, Alabama where I live, using very ugly, hate-filled language targeting African Americans and Jewish people. Devastating news. My children will not attend Spain Park High School, but I know what happened there is but a microcosm of what happens everywhere in this country. We have certainly had issues at the schools my children attend and will attend. At the height of the election season, a child at my son’s elementary school told a black child that his family would own him as a slave if Trump were elected to office.  Just last year a white teacher at Hoover High School told a black student to turn off her “n-word tunes” during class. She was placed on administrative leave and later resigned. These incidents continue to happen, so I worry. What will my children face in the months and years to come? How will I protect them? How will I prepare them for the hate they will experience simply because of the color of their skin?

Imagine how this might feel to black people in this country and especially to parents raising black children? Can you fathom the weight, the gravity, of such callous statements and their impact on children of color who begin to question their racial identity, their humanity, and their very worth? These occurrences should absolutely break your heart and perhaps stir something up inside of you that kindles an earnest desire for better for our babies whether they look like yours or not. But your silence speaks volumes. I am reminded of several poignant quotes spoken by the late Reverend Dr. Martin Luther King that painfully illustrate the deleterious effect of that silence. I will share one here:

“In the end, we will remember not the words of our enemies, but the silence of our friends.”

Now is the time that our COLLECTIVE voices must be heard. People of color and whites must align for the greater good for our children and our country. White allies of the civil rights movement took an unpopular stance at that time, fighting for justice for all. Many lost their lives, too, but I dare say the civil rights movement would not have been nearly as successful without their explicit support, both in word and action.

There are people like Derald Wing Sue, a professor of counseling psychology at Columbia University, and think tanks such as the Aspen Institute and the Kirwan Institute for the study of race and ethnicity at the Ohio State University who are examining racism within the American culture and creating a framework through which we can begin to better understand and then strategically dismantle racism.

Here I will share several definitions to illustrate critical concepts required to advance this dialogue.

In their article, The Sociology of Racism, authors Matthew Clair and Jeffrey S. Denis explore this idea that race is a social construct and “biologically meaningless” because the physical differences that we attribute to race such as skin color, hair texture, and certain facial characteristics have “no natural association with group differences in ability or behavior [nevertheless race] has tremendous significance in structuring social reality.” What perhaps is more accurate is this notion of ethnicity wherein people possess commonly shared characteristics such ancestry, history, language, religion, and culture.

The Aspen Institute, a think tank located in Washington, D.C., has crafted definitions for several terms that reflect the historical legacy of racist policies that have infiltrated American culture since slavery began in the United States in the early 1600s. The Aspen Institute moves the conversation from the overly simplified and deeply misguided notion of racism as not liking an individual or group of people based on the color of their skin (prejudice) to one that encompasses a pervasive system of inequality designed to favor one group over others.

Structural Racism: “A system in which public policies, institutional practices, cultural representations, and other norms work in various, often reinforcing ways to perpetuate racial group inequity. It identifies dimensions of our history and culture that have allowed privileges associated with “whiteness” and disadvantages associated with “color” to endure and adapt over time.”

Institutional Racism: “policies and practices within and across institutions that, intentionally or not, produce outcomes that chronically favor, or put a racial group at a disadvantage.”

One example the Aspen Institute highlights is the school-to-prison pipeline which refers to the disciplinary policies and procedures that schools use which essentially criminalize students of color and transitions them from the school system into the juvenile justice system and prison. Statistics poignantly and painfully bear this out.

Individual Racism: “face-to-face or covert actions towards a person that intentionally expresses prejudice, hate or bias based on race.”

Cultural Representations: “popular stereotypes, images, frames, and narratives that are socialized and reinforced by media, language, and other forms of mass communication … Cultural representations can be positive or negative but … too often cultural representations depict people of color in ways that are dehumanizing, perpetuate inaccurate stereotypes, and have the overall effect of allowing unfair treatment within the society as a whole to seem fair or ‘natural.’”

Racial Equity: “In a racially equitable society, the distribution of society’s benefits and burdens would not be skewed by race … racial equity would be a reality in which a person is no more or less likely to experience society’s benefits or burdens just because of the color of their skin. This contrasts with the current state of affairs in which a person of color is more likely to live in poverty, be imprisoned, drop out of high school, be unemployed and experience poor health outcomes … Racial equity holds society to a higher standard. It demands that we pay attention not just to individual-level discrimination, but to overall social outcomes. “

Kirwan Institute for the Study of Race and Ethnicity

The Kirwan Institute for the Study of Race and Ethnicity at the Ohio State University desires to “contribute meaningfully to the field of research and scholarship on race, ethnicity, and social justice, to assist in reframing the way that we talk about and act on race and ethnicity, and to deepen our understanding of the causes and consequences of and solutions to racial and ethnic hierarchy and disparity.” This institute has done a lot of work exploring the concept of implicit bias, “the attitudes or stereotypes that affect our understanding, actions, and decisions in an unconscious manner. These biases, which encompass both favorable and unfavorable assessments, are activated involuntarily and without an individual’s awareness or intentional control. Residing deep in the subconscious, these biases are different from known biases that individuals may choose to conceal for the purposes of social and/or political correctness. Rather, implicit biases are not accessible through introspection.”

Key Characteristics of implicit biases outlined by the Kirwan Institute

“brief and commonplace daily verbal, behavioral, or environmental indignities, whether intentional or unintentional, that communicate hostile, derogatory, or negative racial slights and insults toward people of color.”

They further characterize the different forms of racial microaggressions:

Microinsult: “communications that convey rudeness and insensitivity and demean a person’s racial heritage or identity … subtle snubs, frequently unknown to the perpetrator, but clearly convey a hidden insulting message to the recipient of color”

Microinvalidation: “communications that exclude, negate, or nullify the psychological thoughts, feelings, or experiential reality of a person of color”

These issues are very real and experienced daily by people of color. While recently vacationing in Georgia, a child told my children that their skin was the color of doo-doo. I implore you to challenge your initial response which might be – “well, how old was the child” or “surely she didn’t mean it that way.” My children were deeply hurt by her comment, irrespective of the girl’s intention.

Charge to My White Allies

We are hurting. Negative race-based encounters happen frequently to us, our children, and our families. We cannot bear another video showing an unarmed black child, woman, or man gunned down. These videos are traumatizing and lead to absenteeism and poor mental health outcomes. We grow weary of fighting. We are disheartened because our fears fall on deaf ears. We need your compassion. Check on us; stand with us.

We ALL have biases, irrespective of our race, gender, religious beliefs, or sexual preference. Acknowledge those biases. Consider the possibility that those biases could have unintended consequences. Then start the hard work to confront, challenge, and change them.

Despite the challenges of living as a black woman in America, I love being black. Like James Brown sang, “I’m black and I’m proud.” I am unashamed of my blackness. I can’t hide it, nor do I want to. And, I hope you love being white – that’s cool, too. My love for my blackness does not diminish your worth and value nor should your love for whiteness diminish mine. Yet somehow this has gotten all so confusing. White skin is admired and treasured, and black skin is often undervalued and even despised. Even when you say things like, “I don’t see color,” it’s as if you want to minimize my blackness because it makes your feel uncomfortable. Please don’t feel uneasy. My skin color and femininity are obvious at first glance, and this alright with me. We live in a world filled with diversity. The proverbial melting pot is no longer the desired outcome for we celebrate the distinct individuals that make up the world like the beautiful, intricate patterns of a kaleidoscope.

While we often learn of racist acts through traditional and social media, many other instances happen in hushed conversations amongst friends or at sporting events or family gatherings when the other groups are not present. What do you do when a friend uses a racial epithet? Do you laugh awkwardly and change the subject? Do you join in boldly? Or do you say something? I encourage you to stand up for what’s right and quickly shut down such language. People of color are counting on you to do the right thing, even when no one is looking.

I know my black life matters to my husband, my children, and my family; but does it matter to you?

9 thoughts on “To Whom Does My Black Life Matter?”